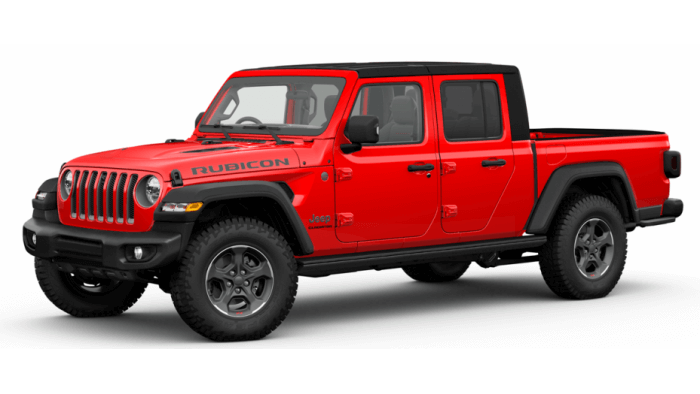 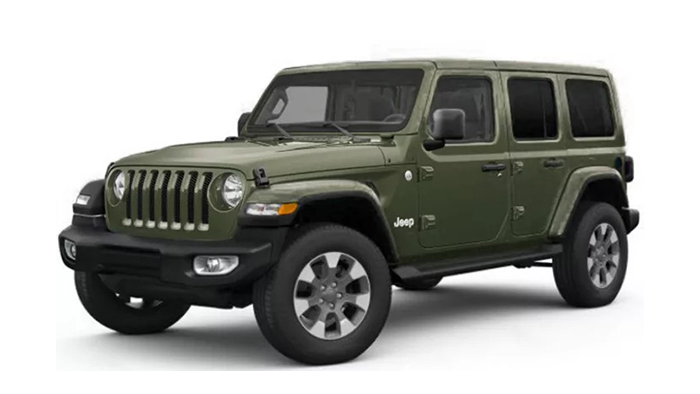 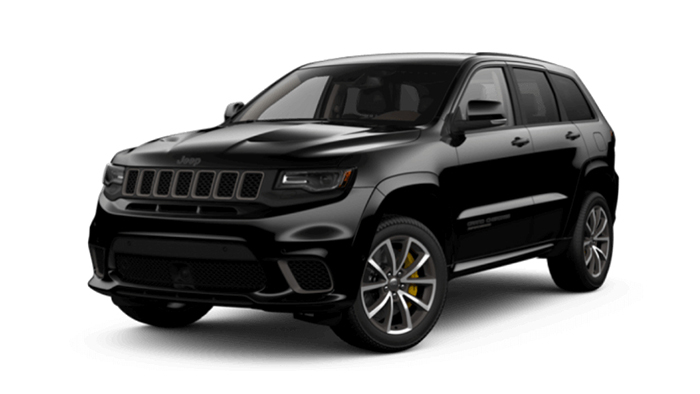 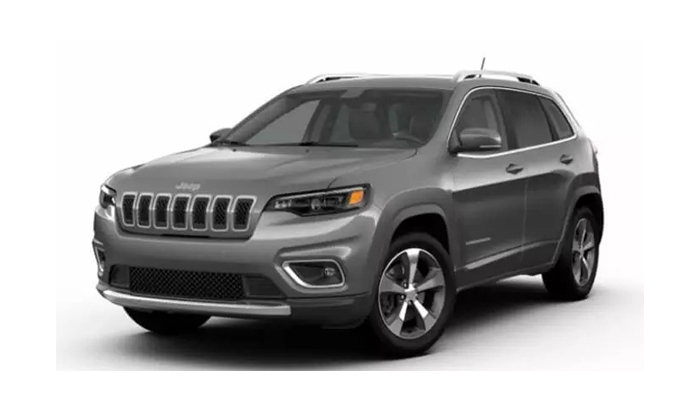 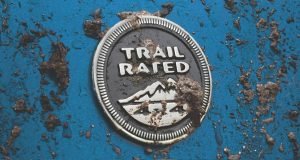 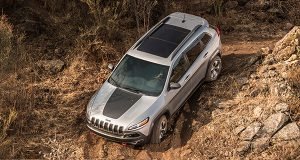 Jeep’s most compact crossover, the Renegade, has been such a success that it’s a moot point whether the ageing, next-size-up Compass needed upgrading at all.

Jeep could have merely let the Compass fade away disgracefully; it was a crash test dummy, looked weird, and had one of the worst gearboxes in all car-dom.
Instead, it has just turned the Compass into something like the compact-crossover segment’s most improved player.
For starters, it no longer looks like an unholy coming-together of a Jeep Wrangler and a Dodge wagon, as the new body design exudes such large quantities of the Grand Cherokee’s design DNA that Compass now instantly identifies itself as a Baby Grand (apologies to pianists).
There’s more to admire about that body than just the design. Most of the steel used for it is of a high-strength grade, and the bits are held together with structural adhesives to reinforce the welds. As a result, the new Compass now aces the European NCAP crash test, scoring five stars where its forebear could manage only two.

The increased structural rigidity has plenty of other benefits, giving the steering and suspension of the Compass a sturdier platform to work from.
The compact Jeep therefore drives with more assurance, refinement, and confidence than previous versions — no matter whether there’s macadam beneath its wheels or sand, rocks or mud. Compass never had a mojo before, but during a day of driving it over all land-based surfaces south-west of Hobart, Tasmania, it appeared to have found one.
Naturally, it was the top $49,990 Trailhawk variant that was the star of the three-model show.
The other 4x4 model in the coming range, the $46,990 Compass Limited, is a capable off-roader in its own right, but when the going got tough, we found ourselves being ushered out of it by our PR minders into the T-Hawks.

The Limiteds were then left abandoned at the side of the track for the next 45 minutes or so, while the Compass Trailhawk ably demonstrated its ‘trail-rated’ abilities over a gnarly Taswegian rockscape.
Several factors contribute to this bush-bashing ability of the Trailhawk, notably the 20:1 reduction gear that provides a low-ratio for the part-time 4wd powertrain, the smaller 17” wheels fitted with more track-friendly treads, plenty of skid plates to prevent underbody damage, and the ready-for action tow-hooks in case it all goes pear-shaped. (It didn’t.)
With the body design enabling approach and departure angles both above 30 degrees, only the 24.4 ramp-over angle that indicates straddle-clearance restricts the Compass Trailhawk’s operations off-road.
The latter did give the skid plates a bit of grief at times, but the Compass Trailhawk is as true to Jeep’s brand values as any bearing the name of an Indian tribe.

As mentioned, the Limited will also crawl its way into the wilderness further than most other compact-crossovers. That’s partly because the ZF-designed nine-speed automatic gearbox fitted to the two 4x4 models offers such a wide spread of ratios that you can idle your way through the rough stuff in the Limited without creating massive body mass movements that threaten to de-stabilise the vehicle. The other factor is the all-strut suspension chosen for the new Compass.
Where most cars use MacPherson struts only for the front wheels, Jeep selected them for all four wheels of the Compass because using them at the back would create an extra 20cm of axle articulation (the ability of wheels to maintain contact with the ground when traversing rough terrain). Compass can therefore conserve ground clearance better than any other crossover. It’s a masterstroke if you’re considering going bush at any point.
Meanwhile, I prefer the extra bling of the Limited over gaudy red highlights and bragging ‘trail-rated’ badging of the Trailhawk. The Limited’s increased use of chrome and 18” wheels also give it a touch of round-town class denied to the shadier Trailhawk.
Both Compass 4x4s are comfy and easy places to spend a day driving over varying terrain. There’s an easy-to-use rotary dial on the centre console to tailor vehicle settings to the driving scenario, offering the instant choice of auto, snow, sand, and mud. (Trailhawk gets an extra ‘rocks’ selection.)

The seats aren’t the soft n’ squishy, super-sized pews expected of an American automotive brand, either. Instead, they’re supportive and generously-bolstered, and hug bodies tightly to better resist lateral forces.
Meanwhile, Jeep’s fourth-generation of UConnect, makes its debut on the Compass via a generously-sized 8.4-inch touch-screen, and it’s a beaut. A nice touch is the way it continues to display a tool-bar of vehicle controls when connected to either Apple CarPlay or Android Auto.
A slight wheelbase stretch over the previous Compass gives rear passengers more space, and there’s also air-con vents, USB ports, and a 12v socket to serve those seated in the second row.
Boot space is possibly where the off-road aspirations of the Compass come home to roost. There’s a full size spare fitted beneath the luggage bay floor, raising the latter a bit further above most segment rivals, and an abbreviated rear overhang maintains departure angle clearance at the expense of stowage space.

Jeep makes no mention of the potential luggage space available in the Compass, which is possibly a sign that there’s less there than most rivals. Fortunately the rear bench is easily folded way if you need sacrifice the rear seats for more stash room.
All three new Compass models will come powered by a 2.4 litre four-cylinder petrol engine, including the six-speed automatic $36,990 front-drive Longitude that ignores off-road performance in favour of more accessible price point. The latter is the fuel miser of the range, the lab test showing it drinking at a rate of 7.9litres per 100km instead of the 9.7litres of the two 4x4s.
Helping the 4wd Compass models achieve better fuel use is clever use of a power-take-off clutch in the part-time 4wd system. This completely disconnects the rear driveshaft and differential when not required, and the reduction in driveline inertia enables a claimed fuel use saving of four per cent when driven on open roads.
Every bit helps, given that the 2.0 litre diesel engine that enlivens the Aussie-spec Compass Trailhawk isn’t yet confirmed for New Zealand. This would offer a further 125Nm of driving force and fuel use lab results starting with a five if sold here.

So it’s the 129kW/229Nm petrol 2.4 that will have to suffice on this side of the Tasman. It was an Engine of the Year award winner back in 2010, and the new nine-speed fitted to the 4x4s disguises any dips in its torque delivery by bringing the ratios closer together. But it does lack the spark of some turbocharged rivals of the new Compass, is a bit rough at idle, and sounds as flat as my shower-time singing voice.
So, it’s up to the chassis of the Compass to engage the driver, a job it does reasonably well via it’s wealth of grip, agile steering, and ride quality that only improves as on-road speeds rise. The firmer tyre sidewalls of the Limited make it a slightly better corner-carver than the Trailhawk, but both are surprisingly biddable machines.
So move over Tiguan, Tucson, X-Trail, and sibling-rival, Renegade; Compass is now a much more worthy competitor with a unique selling point for the crossover class: genuine off-road ability in its two 4x4 forms.